A study in Brazil analyzing governmental policies has indicated that Bolsonaro’s administration has, on the opposite trend of the rest of the world, carried out an “institutional strategy to disseminate Covid-19”.

Yes, you read that correctly. While the rest of the world’s leaders are doing what they can – some succeeding and some failing – to deter the virus ravaging the world, Brazil’s president has consistently undermined efforts to deter the virus and instead, according to the study, has intentionally let it spread.

This policy not only has had dire effects for Brazil (over 212,000 deaths and counting) but is also a dangerous threat to the world at large. According to scientists from Imperial College London and the University of Leicester, Brazil is becoming a “factory” for superpotent covid variants.

This is primarily due to the fact that the relatively free reign given to the virus in Brazil by government inaction provides the ideal conditions for it to evolve and mutate.

The world’s most concerning coronavirus variant so far, P1, was born in Brazil. According to virologist Julian Tang, of the University of Leicester, this strain has the potential to infect vaccinated individuals and lead to mutations that are even more resistant to antibodies.

“If vaccine antibodies are introduced while the [P1 strain] is replicating inside the body, the virus could replicate in such a way to evade the antibodies being produced,” Tang explains. “This means you might still be infected by the original strain or by the P1 variant.”

Preliminary studies indicate that the P1 strain is more transmissible, has a higher viral load of up to ten times, and currently has a high probability of reinfecting those previously cured of Covid-19.

The P1 variant first appeared in the city of Manaus, in Amazonas State, where an astounding 76% of the population is thought to have been infected with coronavirus at one time or other during the pandemic, offering a breeding ground for different strains to appear.

P1 is currently the prevalent strain in Manaus and is ravaging the city, causing the number of burials to increase by six times.

The Manaus variant has already appeared in 25 countries, despite several nations imposing travel restrictions to flights coming from Brazil.

“We are providing the opportunities for this to happen,” says the virologist Mauricio Nogueira in an interview with Istoé Magazine. “The variant has taken over the city. If we had followed safety precautions, such as social distancing and the use of masks, this wouldn’t have happened. The fact is that we’ve given the virus every opportunity to generate the largest quantity of mutations in all of the world.”

“Brazil is where the virus is multiplying the most,” he continues. “The more it multiplies, the more mutations it will have.”

Virologist Felipe Naveca, a researcher at the Fiocruz Institute of Amazonas, agrees. “Brazil is an incubator for new variants. We need to urgently reduce the spread of the virus [to keep variants from emerging].”

Brazil’s Bolsonaro, however, is not concerned. As the country sees record-high infection and death rates, his administration continues to defy recommendations to contain the virus and has even undermined vaccination efforts, going as far as saying that those pleading for the vaccine are “idiots“. 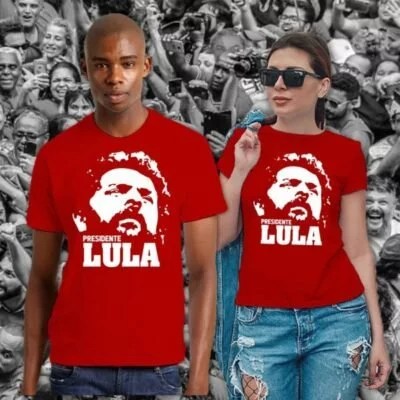